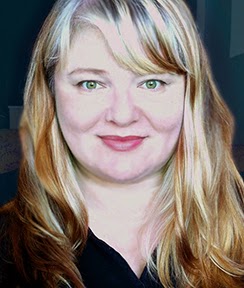 All about Anita! Originally from Toronto, Canada, I've been living and working in San Francisco for most of my career.
I started out as a 2D Digital Animator, working on children's products. Eventually I moved into animated greeting cards, doing animation, character design, gag writing, art direction and sometimes even voice-over. This was a great field for me, as I could utilize all my skills and talents. Unfortunately, that industry had a short-lived run.  In recent years I've branched out into Illustration, Graphic Design and Mobile Game Development.

My years in the humor-driven world of eGreetings gave me the confidence to try stand-up comedy.  I've been doing it now for over 6 years, and perform in major clubs here in California, and sometimes back home in Toronto.

I received a large grant from the Canada Council for the Arts to create an animated short film called "The Old Flame". It was completed a few years ago, and has been screened at several festivals across the country. Now my personal projects are focused on Fine Arts, my online comic SanFranita Is..., and my animated series "Heckville", which so far has 4 completed episodes.

That's me in a nutshell!